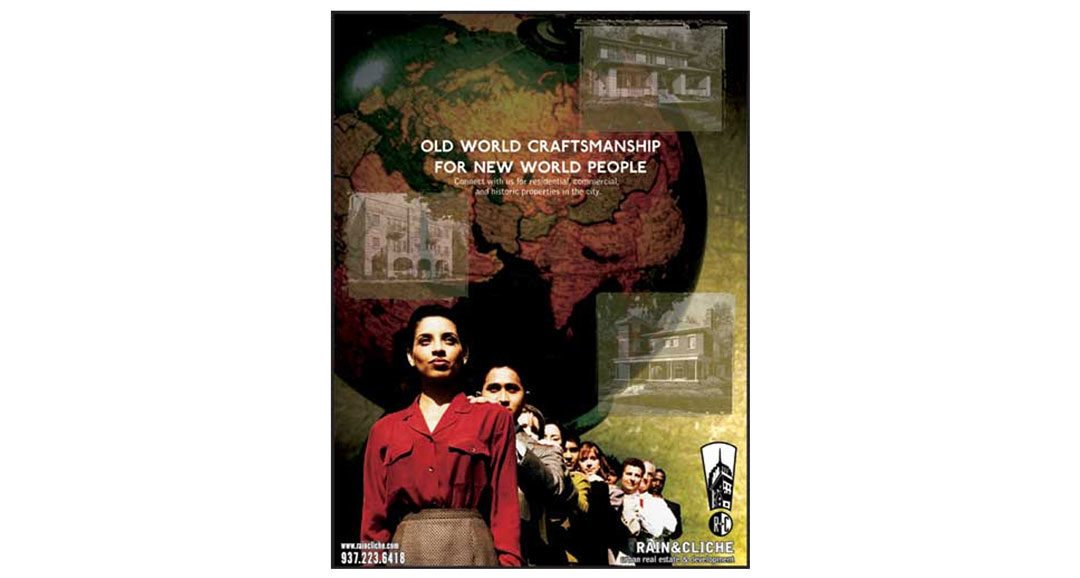 The task of selling old mansions to new audiences can be challenging.  This agency needed a way to move some very expensive homes in a neighborhood still in transition.  It required finesse and the ability to showcase the unique aspects of owning an older home.

If it’s one thing folks both young and old desire, it is quality.  This ad asserts that the craftsmanship found in these old world homes is standard.  A group of diverse young professionals are shown in combination with some select properties and pretty soon sales picked up.  The key is allowing someone to see themselves in the picture. 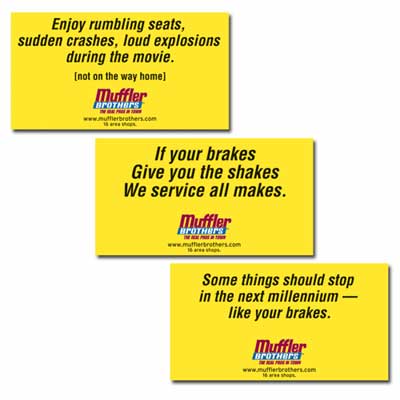 Right before and during the first four weeks of the theatrical run of Star Wars Episode 1, we were in the cinemas showing these ads telling people that Muffler Brothers was the place to go.

These ads were simple, but effective.  Sometimes saying the right thing in the right place at the right time really works. 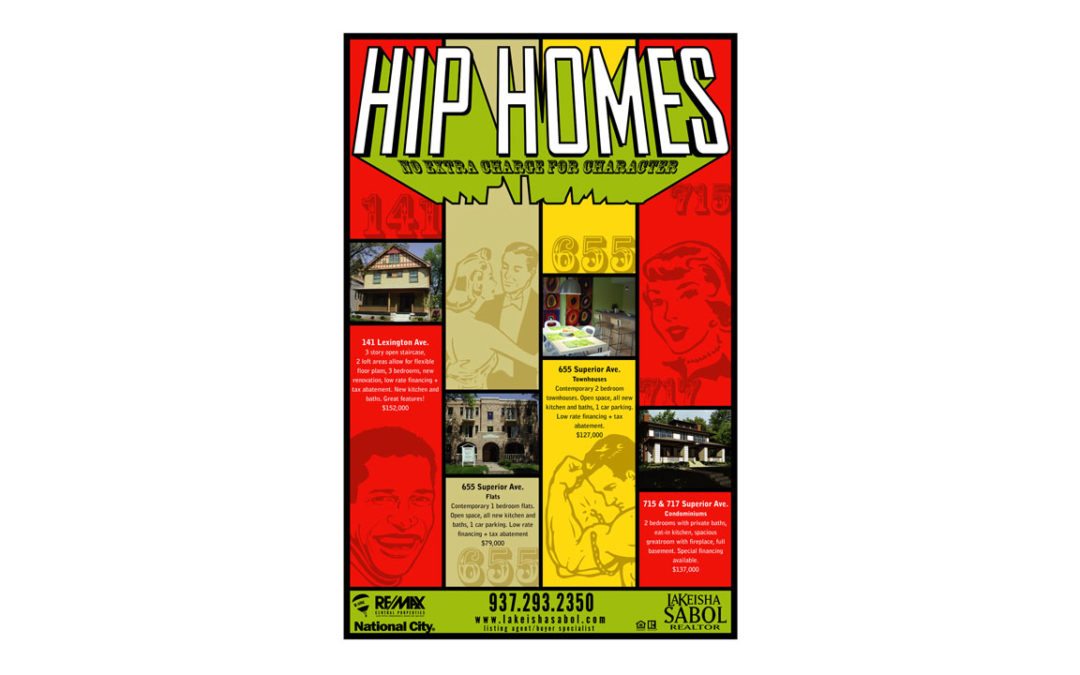 Making people want to look at homes that have been in the MLS for longer than stale bread requires new tactics.  To get these houses moving we worked with our client to design a poster that was eye catching and contemporary.

These ads went up in National City Bank branches and the NCB public market.  Quickly after being hung they were promptly stolen by some poster loving locals.  No extra charge for character or free publicity.