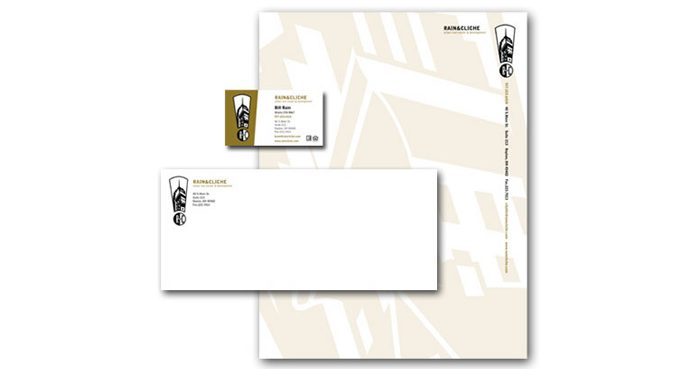 A developer with big ideas, wanting to make a statement about urban real estate.

This identity system set this realty firm apart from all the competition. It also helped propel them into the spotlight as a player in downtown [Dayton] development. The illustration of the house, commercial building and skyscraper encased in an exclamation mark made the point. 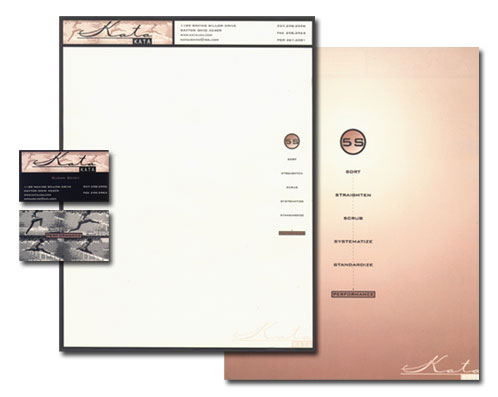 This identity system works on many levels.

First we created the name Kata for this kaizen consultant because a kata, in karate, is much like the kaizen process. It is one of continual improvement, one that never reaches perfection. This start-up found that his identity system opened doors to the CEO’s that he needed to reach in order to introduce the benefits of this science of production. 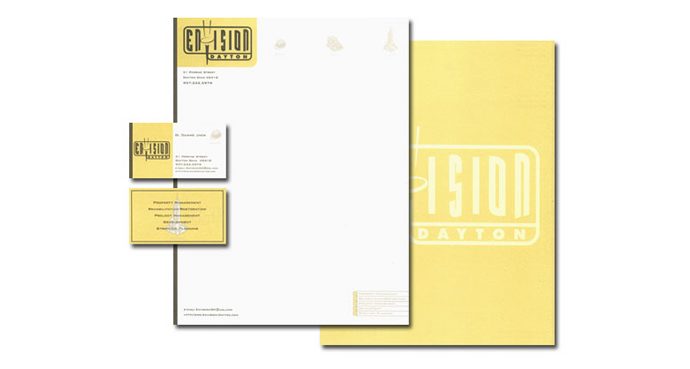 Sometimes just getting a foot in the door is all that you need. This Hermes winning identity system touted this developer with the three-icon statement “Brains, Tools, Cities.” The big logo on the back paid off with national exposure when the Reverend Jesse Jackson held up a proposal on this letterhead during a televised speech.