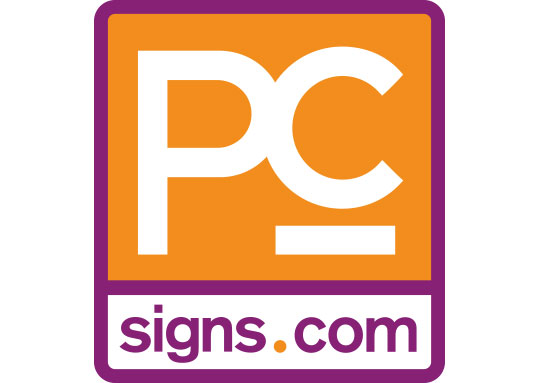 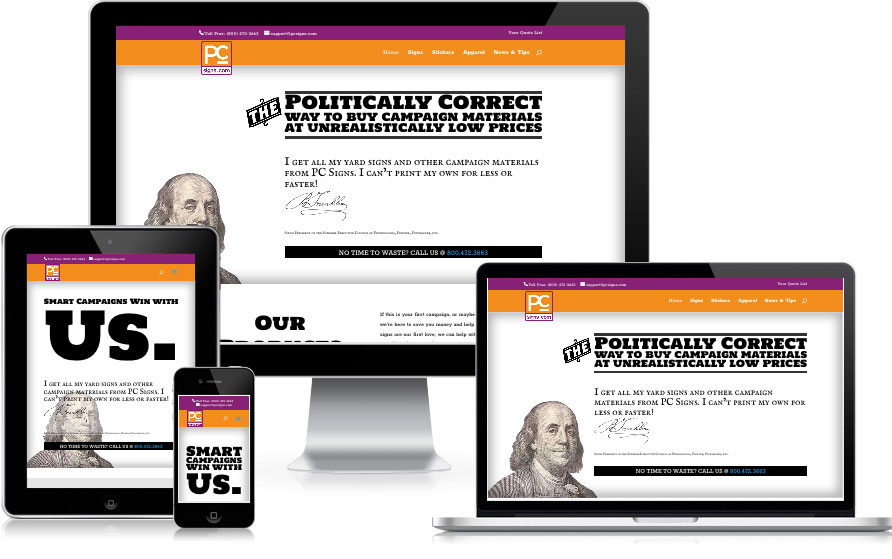 PC Signs is the supplier of signage and promotional materials for political campaigns at all levels, from the local school board to high-profile Presidential elections. Given the hectic day-by-day and winging-it mentality of most campaigns, PC Signs needed a website which reflected its conversational business model.

Rather than a typical e-commerce system, the PC Signs website gives the user an estimated quote based on what they think they need, while a representative follows up to hammer out more specific details such as art assets and timeframes. Quotes began rolling in to the site mere minutes after launching.

PC Signs had been going to “trade shows” for decades. Same trade show display, but with The Next Wave graphics this time. “First time ever people actually walked up and talked to me because of the display.”

Many laughed, and asked if there was a “Rick Grimes” who ran for Sheriff. The key insight is that PC Signs products don’t require technology and the bills that come with it, to reach voters. Even after a Zombie Apocalypse, yard signs, t-shirts, buttons, bumper stickers and the rest of the PC Signs line keep working and working… 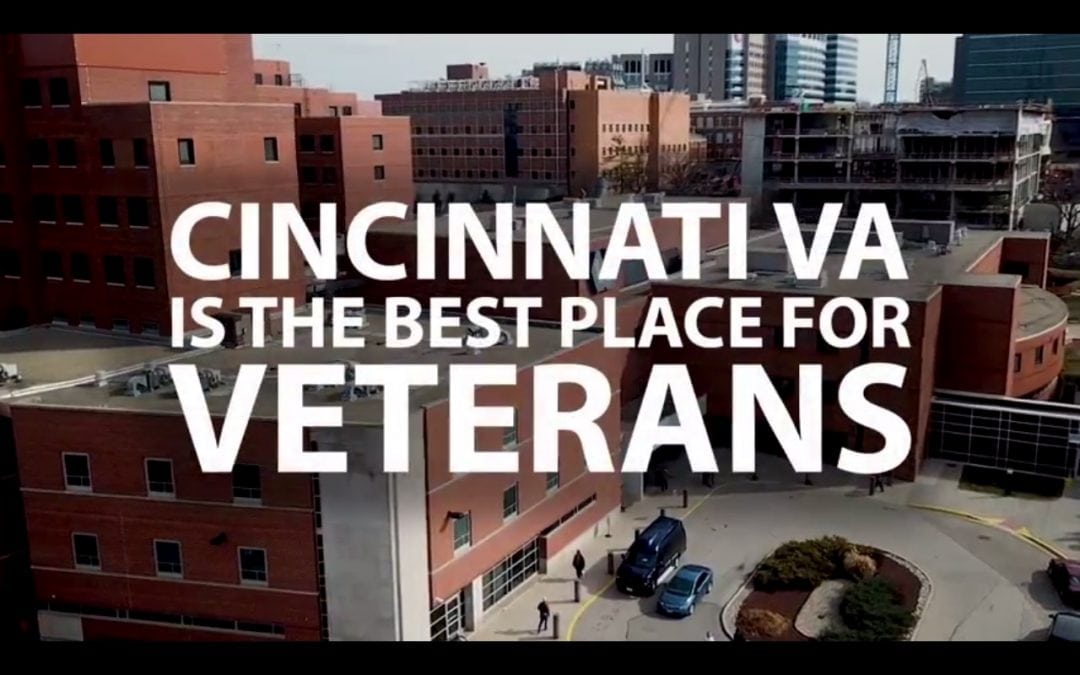 The Cincinnati VA received some negative press several years ago, brought in a troubleshooter from the Dayton VA, and started to rebuild their reputation in the region. The area has a high concentration of veterans, yet, enrollment isn’t where it should be. The Next Wave was chosen to help tell the story of why the Cincinnati VA is the right place for veterans to be. We did a series of 8 videos over the course of the year. The client said it has been a good partnership and the videos have been making a great impact on how his office has been able to change public perception and scrutiny.

We’re a Certified Service Disabled Veteran Owned business, and this has been one of the most personally rewarding projects we’ve ever worked on. 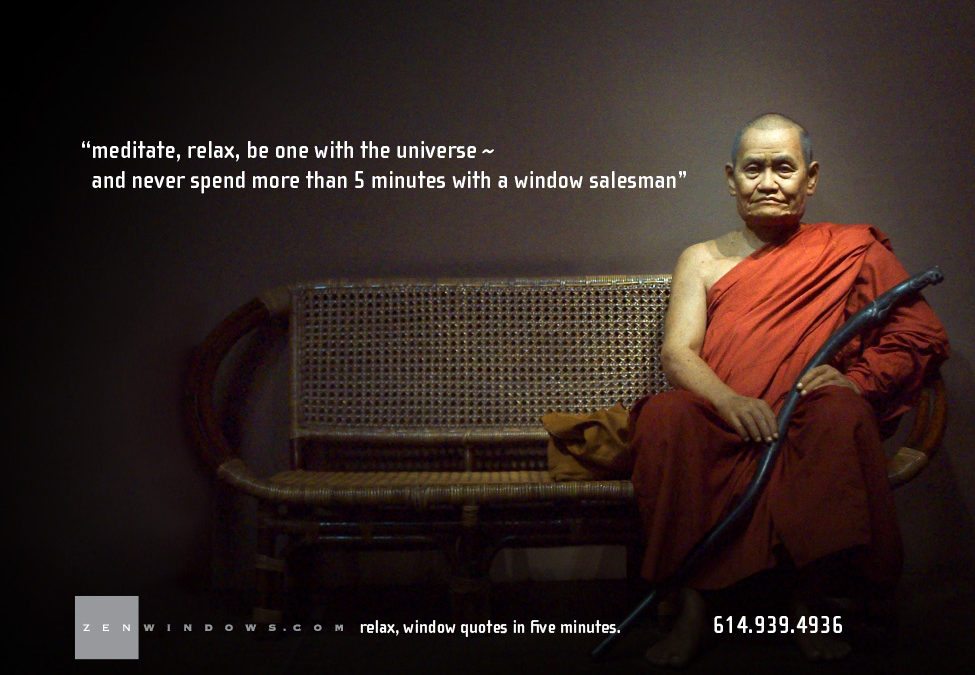 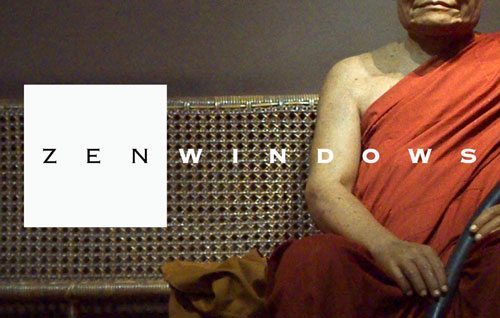 Window companies are a dime-a-dozen, with their high pressure sales tactics. Window salespeople are typically one rung up from used car salesmen and ambulance chasing lawyers. Differentiation from the rest of the pack was essential.

Formerly called Columbia Gas Windows, we devised not just a name, but wrapped this veteran window man’s approach all into one, short, sweet name. The tagline closed the deal: “Relax, window quotes in about 5 minutes.” The laid back, understated cool was called the most brilliant move ever by the client.

These are the typical slogans spouted at you by the average replacement window company. If it sounds generic and uninspired–that’s because it is…

Our client had done business the “traditional way” for 15 years and came to us to see if he could Zig while the rest were Zagging. Our response was an emphatic “No! …you need ZEN”.

Our strategy was to offer an alternative experience for the window-buying public. We named the company, created the branding and have delivered positive results. Our client states that he has never sold so many windows, so easily and effortlessly. This is a case where less time selling means higher sales. The five minute consultation also means happier, more zen-like customers.

The client eventually became successful enough with the Zen Windows brand to franchise it nationwide. While this presents a profit opportunity with minimal overhead, the franchisees are still ambassadors of the brand. To help support the franchises with appropriately branded materials such as installer shirts, business cards, yard signs, and even boilerplate email templates, we built the Zen Windows Brand Store.
Visit Site