The value of creativity

by Next Wave Team | Jul 4, 2019 | Differentiating Your Brand, The Craft Of Advertising | 0 comments 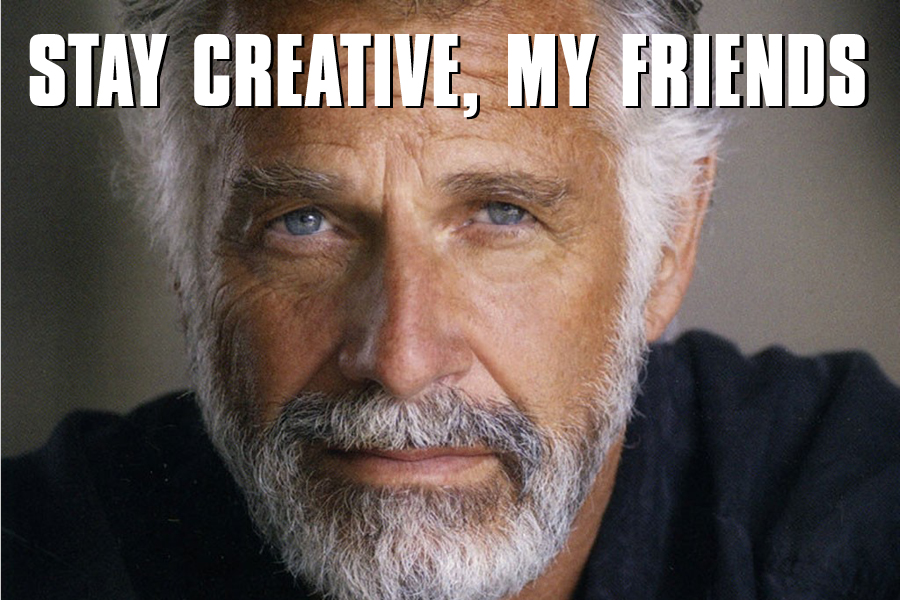 Karl Lieberman and his creative partner, Brandon Henderson, had been working on the brief for Dos Equis beer for months and had work in production, when they were told to come up with more ideas, a mere two hours before a meeting with the client.

With 30 minutes to go, they landed on “The Most Interesting Man in the World” and his famous line, “I don’t always drink beer. But when I do, I prefer Dos Equis.” The spots close with the signature sign-off: “Stay thirsty, my friends.” They were actually taking the brief, which they didn’t like, to an extreme- they didn’t believe that drinking beer made you interesting, but, that’s what the brief was searching for.

You can hear a bit of Karl’s story on this episode of the “A” list podcast, and read about it more on Ad Age.

The client didn’t love it at first. They fought over casting an older man to sell beer to millennials. Somehow, the idea made it through the “idiot forest” (an expression Lee Clow uses to describe the battle an idea has to run through to get to see the light of day) and became a meme.

It also sold a lot of beer, and made the actor, Jonathan Goldsmith, famous.

Luckily, Lieberman and Henderson weren’t just working on a project for time and materials pricing. The value of that idea and the amount of beer it sold, priceless (to steal another tagline from another great campaign.)

The creative brief was pretty similar to all beer briefs- brands make a statement about the drinker, young folks still lean on these brand identifiers to help project their own personal brand. The same type of brief led Crispin Porter + Bogusky to devise “Twin Label Technology” for Molson- an ad campaign that was more than just a campaign, for Molson and one of our favorite examples of true Marketing • Innovation. This is the beauty of creativity in solving business problems. Do research, develop insight, and then find new ways to connect, often using what we call a “fundamental truth,” to create an emotional response that evokes trust and creates lust.

It was years before Nike had “Just do it.” Yet to many, it defines the brand. Three words took years to come up with. Those three words changed the brand forever.

For BMW, many would say “The Ultimate Driving Machine” was the perfect tagline- yet, for a few years,  brand management moved away from it- before bringing it back.

When advertising is done right, it looks easy, it feels comfortable, and it immediately makes a connection with a consumer. That’s the value of creativity, and it should never be valued by time and materials.