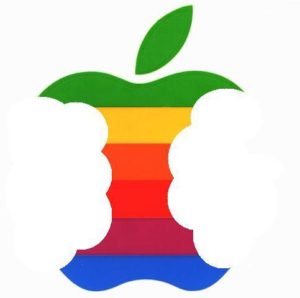 Seth Godin doesn’t need more retweets, or shares, but when I read his post this morning, he struck a nerve. His post, “Peak Mac” talks about leadership in your field, and putting named leaders in charge. I believe Apple does that, but as they’ve gotten rich, large, cocky and even more arrogant, they’ve lost a connection to the people who got them there- the ones like Seth and me, who started out with a very underpowered machine (my first was in Jan 1985- a 512K Fat Mac) and we struggled together to make beautiful things against the odds.

Here is what Seth says (and btw- I also was a Ready Set Go guy- long before Quark 3.0 became usable and Pagemaker was still a bad joke).

I got my first Mac in 1984. I was a beta tester for the first desktop publishing program (ReadySetGo) and I’ve used a Mac just about every day for the last thirty years. It occurred to me recently that the Mac hit its peak as a productivity tool about three years ago.

Three years or so ago, the software did what I needed it to. The operating system was stable. Things didn’t crash, things fit together properly, when something broke, I could fix it

.Since then, we’ve seen: Operating systems that aren’t faster or more reliable at running key apps, merely more like the iPhone. The latest update broke my RSS reader (which hasn’t been updated) and did nothing at all to make my experience doing actual work get better.

Geniuses at the Genius Bar who are trained to use a manual and to triage, not to actually make things work better. With all the traffic they have to face, they have little choice.

Software like Keynote, iMovie and iTunes that doesn’t get consistently better, but instead, serves other corporate goals. We don’t know the names of the people behind these products, because there isn’t a public, connected leader behind each of them, they’re anonymous bits of a corporate whole.

Over the years, I’ve felt I’ve been unjustly treated a few times. When Quark charged me an upgrade price of $300 for a new license because I bought a PowerPC computer- but the “upgrade” didn’t give me a single extra feature. When my Apple Quadra 650 had a different chip in it than the Quadra 850- and it’s video co-processor was a fail, when every time a new mac came out- I had to leave my very expensive RAM in the old machine because they changed the spec- the list goes on.
But the newest problems have been tangible and critical- and really irresponsible.
It started with iMovie and then Final Cut Pro- in the name of progress, Apple “reinvented” my tools- and all of a sudden, the basic staples of my craft were gone. Need to edit two cameras at the same time? Or three- or eight- sorry, you can’t do that anymore.
If you were a carpenter, and one day, Eastwing “upgraded” your hammer- and you could no longer hammer nails… you get the point.
Keynote used to be able to create movies easily- synced to sound. Now, of course, you could do it in Motion, or in Final Cut- or a host of other programs- like After Effects- but, in Keynote, it was down and dirty and very easy. We’d also use it as a prototype tool for websites- for speed and ease. Now, we almost dread opening the app. It’s been dumbed-down to work on a phone. And, if you used any fonts on your mac- too bad, the iPad will swap your beautiful laid out prezo into something really ugly.
Learning a new interface was one thing- but then finding your tools don’t work- well- #applefail
We’ve also been the proud owners of Apples “Pro” line- usually this means you get to upgrade them to customize your tools. Our MacPro- the trashcan- which took three months to arrive- greats us with a constant battle of disk full errors- despite being connected to a 20 TB drive- because Apple Apps and most others - cache and save files to the root disk- a jarringly pathetic 256gb proprietary PCI flash drive that is way too small for our apps. Can we upgrade it? 2 years in- the answer still seems no.
And speaking of upgrades- Apple continues to charge premium prices for RAM and Harddrive space- how much? Try buying a laptop with a 1tb drive. With a 13″ display- it’s $2,500. The last upgradeable MacBook Pro- is the 2012 model I’m writing this on- bought as a refurb for $850 or so- and then upgraded with $120 of RAM to 16GB and a 1 TB flash drive for $300. Total cost- about half of what Apple wants to charge- and if anything goes wrong- they just point to my “after-market” mods. Note, any PC laptop can be found with 16 GB RAM and a TB drive for under $1000- with a bigger screen, because the money isn’t in the hardware anymore- unless you are at Apple that still doesn’t understand that they could have the Mac dominate the market the way the iPhone does- if they’d get rational about their pricing. Even the Mac Mini- which used to be easy to upgrade RAM- is now built as an expensive throw away- I’ve got a 2014 with 4gb ram and a 128GB flash drive sitting on the accountants desk that I’d like to throw away because it can’t run more than Quickbooks for mac (a heinous example of bad porting) and “Messenger” without being a dog. And, btw- let it be clear, you never owned Quickbooks- you only rented the current version, which has a loss leader price- so they can suck you into their very expensive payroll service.
The huge revenue growth at Apple hasn’t been from their hardware sales- it’s all been from the App Store and iTunes- where they take a 30% scrape from every purchase of everyone elses work. Sort of like the Mob asking for “protection money.” You buy from us- and our vetted sources, and we’ll make sure your stuff keeps working.  Great- except, my iPhone 6 now barely makes it through half a day without a charge- since iOS9 came out.
I won’t tell you how many OSX Server upgrades have broken my configurations causing my machine to not work anymore- costing me time and money. Or, go on about renting my tools like Adobe CC- making me a digital sharecropper- instead of a craftsman who used to proudly own the tools of my trade.
I’m also waiting for my internet infrastructure to improve from third world status- so all this online joy of rental is actually fast and effective- but the people running the company that I grew up with don’t live in places where gigbit internet is a pipe dream instead of a fast pipe.
Do I agree with Seth- and all the other pundits who think Apple peaked already- no. I’m sure there is a bunch more money they can wring out of us fanboys and fangirls, but as to being my benevolent partner in my pursuit of creative bliss- now, more than ever, the big ideas will still be drawn on a napkin- because the tools of the trade are no longer owned by me. I’m just renting and trying to beat the system that wants to turn me into a sharecropper.