Scream meets Scary Movie meets the Dayton Bombers. Low budget scary movies meets low budget radio. There is always a lot of information to weave into a Dayton Bombers radio ad–keeping them from sounding like a laundry list being read is the goal. This one takes some fun twists to keep the listener engaged.

In the days just before elections the media is overrun with political ads, maybe that’s why less than 50% of the population votes? Bombers games are fun, political ads aren’t. So, here’s governor Bud Daft (sorry Bob Taft) promoting hockey, dollar beer and questioning why Arnold Schwarzenegger would want to be governor when he could be a hockey player.

Dayton Bombers “Take the kids out”

The Dayton Bombers try to make the Sunday afternoon games as kid friendly as possible. Parents are typically fed up with kids by Sunday afternoon. Since this radio spot was running on stations that typically appeal to the parents, we thought we would appeal to their sense of humor. Tony Soprano probably felt this way when AJ was younger–well, maybe when he was older too… 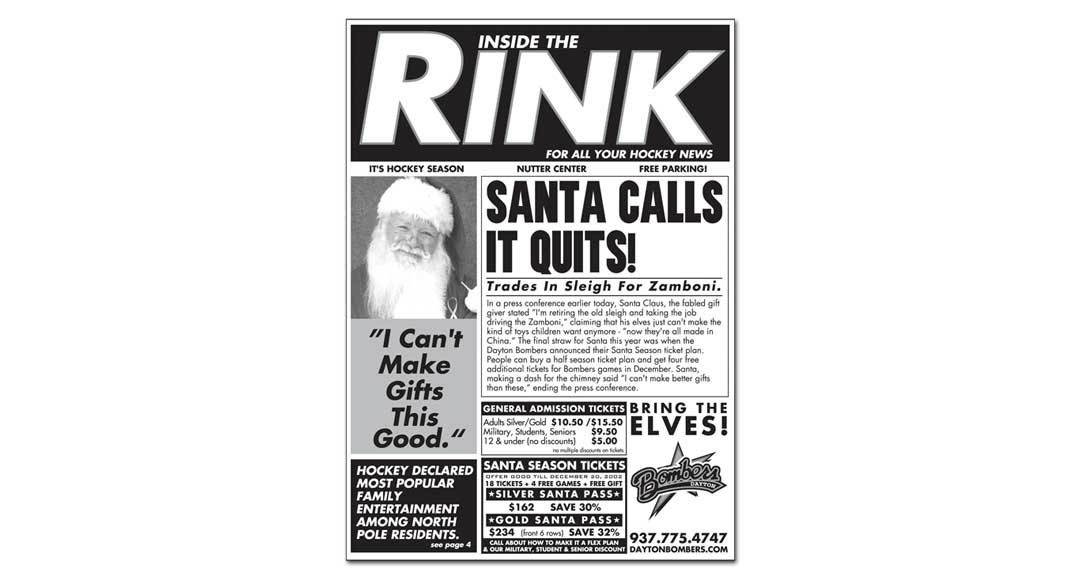 People read what interests them, and sometimes it’s an ad. That’s what Howard Gossage said.

We could have said “Half Season Ticket Sale” but then it wouldn’t have won a Gold ADDY.